Our congregation was started under the leadership of Rev. Fr. Dr. Babu K. Mathew in 1984. The first worship services were held at the Reformed Church on Clinton Ave in Bergenfield, NJ.

Saint Stephens Malankara Orthodox Church was founded on Saint Stephen’s Day in 1984, by Late H.G. Thomas Mar Makarios, then Metropolitan of the newly formed American Diocese. It started with 12 members, originating from a prayer group in Bergenfield, New Jersey, under the guidance and leadership of Deacon John Thomas (Rev. Fr. John Thomas, Vicar Saint Mary’s Malankara Orthodox Church, Jackson Heights, NY) during 1982-83. Later in 1984, this became a Congregation and a Parish, and Rev. Fr. Dr. Babu K Mathew was appointed as the Vicar by late H.G. Thomas Mar Makarios, as we invoke his blessed memory. In its initial period, we were worshiping in the basement facility of the Reformed Church on Clinton Avenue in Bergenfield, New Jersey, for which we are always thankful for their hospitality and help extended towards us. We purchased our own church building in 1993, at 52 East Johnson Avenue, Bergenfield, New Jersey, with the membership increased to thirty-two families. After twenty-eight years in Bergenfield, we moved to Midland Park, New Jersey, in 2012, to a new convenient larger facility to cater our spiritual needs as we doubled our membership to sixty-four families by the abundant grace and blessing of our Lord. The Midland Park Church accommodates more than 300 parishioners for Holy Qurbana inside the Church and the Parish Hall for other functions, and has approximately 60 parking spots for our members. 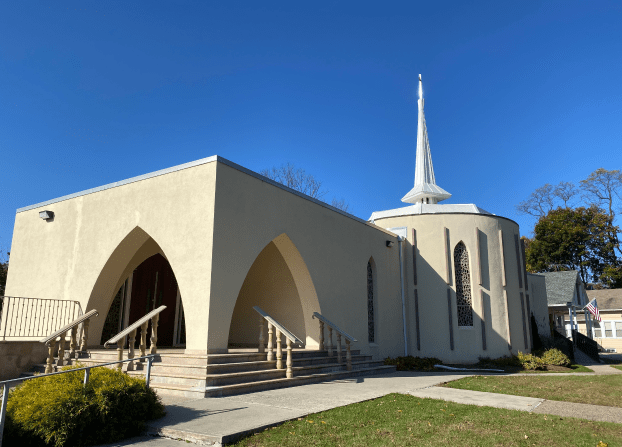 Our Mission and The Vision

Saint Stephen’s Church, Midland Park is a dynamic community with thriving youth participation in different areas such as, MGOCSM, FOCUS, GROW, in addition to their active role in teaching Sunday School as well as in Sunday worship. Many of the young men serve in the altar on a regular basis.

We are proud to say that Saint Stephens Church, Midland Park is one of the leading parishes of the NorthEast American Diocese. It takes many leadership roles in spiritual growth of our diocese. Our vision is to get young people more involved in the daily spiritual life of the parish as well as the diocese, by means of providing appropriate spiritual formation for our Church tomorrow in this American soil.

Saint Stephens Malankara Orthodox Church, Midland Park, New Jersey dedicates itself to serve the growing young generation of our community; catering their spiritual as well as psychological needs, to address the post-modern challenges they face in an unstable and changing world today. As Saint Paul says to us “ I can do everything through Him who gives me strength”(Philip.4:13).